40 years not out for Patrick Skells 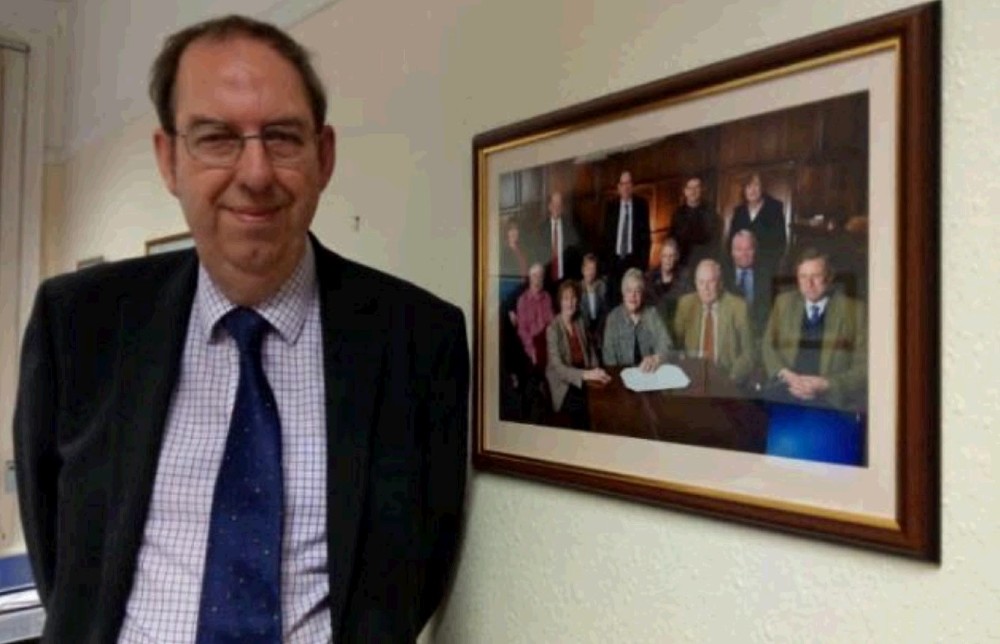 He has steered the people of Spalding through the legal pitfalls for 40 years. House purchases and sales, divorces and disputes, Patrick Skells (61) has dealt with them all during his time in the profession. Patrick says: “The legal problems may be similar, but the clients can be very different, which makes the job interesting.”

Born in Gosberton in 1955, after attending Spalding Grammar School Patrick went to Trent Polytechnic in Nottingham where he obtained a BA Law degree. Patrick Skells is married to Lyn and has a step son Mark, two granddaughters, Phoebe (12) and Cassie (9), and a dog called Barney. He has lived in Spalding since 1981 and has been in his present house for 31 years.

His career began in January 1977 working for Peter Frost & Co in Spalding. After a spell with Crusts, he joined B Smith & Co which subsequently became Knipe Miller & Co.Patrick continued to work for Knipe Miller & Co for 25 years until that firm merged with Chattertons in 2011. Patrick says: “In January 2017 I will have been continuously employed in the legal profession in Spalding for 40 years without interruption.”

However, he has witnessed bigger changes, such as the use of computers, email communication, the gradual switch to electronic storage of data, leading to paperless files and the ability to transfer funds electronically, “instead of walking around with a cheque to the other side’s solicitor”.

The profession has had to adapt to changes to relationships – such as civil partnerships and same-sex couples – and the way that affects people’s legal status. There is also the issue of Government cut backs on Legal Aid, which Patrick says leaves some people unable to afford to employ expert help for their problems.

Patrick has no intention of retiring, but plans to gradually cut back his working hours so that he has more time for hobbies, such as gardening, and playing snooker and bridge.

As he gradually reduces his working hours at Chattertons Solicitors, Patrick plans to devote a little more time to some of the charities he is involved with. He spent 15 years as deputy clerk to Spalding Town Husbands, which administers the Spalding Almshouse Charity and Spalding Relief in Need Charity, and became chairman this year when Richard Knipe stood down. Patrick says: “I do find the charity work, particularly the Town Husbands, very interesting because it’s a very old charity – it goes back over 400 years. I like to see myself as being involved with it for a period of time and then passing it on to whoever succeeds me.” As well as being chairman of Trustees for Age UK Spalding and District, Patrick is clerk to the Cowley Eductional Foundation in Donington and The Toller Educational Foundation in Horbling.