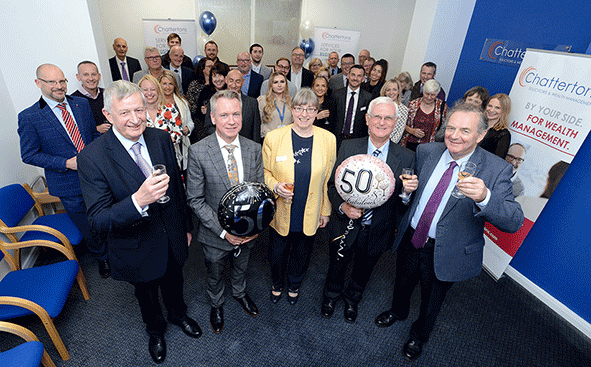 In October 1972 a young man returned to his home town of Boston after gaining a first class Law Degree at Cambridge and qualifying as a solicitor with a firm in Lincoln. His name was Frank Cammack and he had come to set up a new Boston branch of the long established Horncastle firm of solicitors, Chattertons. 50 years later Frank was the guest of honour at a celebration party held at Chattertons' offices in Wide Bargate, their Boston home since 1978 and a solicitors' office since 1895.

Joined by guests from the Boston professional and business community and many long standing clients, current Chattertons partners and staff welcomed Frank, former Boston Partners Peter Cropley and Peter Lawson and the current CEO of Chattertons Wealth Management Limited, Richard Ludlow, who also started his legal career at the Boston office, to the celebration.

From those small beginnings in Boston with just Frank and his secretary Linda Veall, Richard explained how Chattertons has now grown to have eight offices across Lincolnshire and in Newark, and is now ranked 180th out of over 9,000 law firms in the UK. After drinking a toast to the Boston office and enjoying a chance to catch up with old friends and colleagues often not seen face to face since before the pandemic, guests left already talking about another celebration in 10 years' time for Chattertons Diamond Anniversary in Boston!

Peter Cropley (who was Chattertons Senior/Managing Partner for many years and is still Chairman of Boston College) said the next day, "Thank you for inviting us to last night's event. We all enjoyed ourselves and it was good to meet old friends and catch up. I was very pleased to hear that Chattertons is doing so well. Onwards and upwards!" 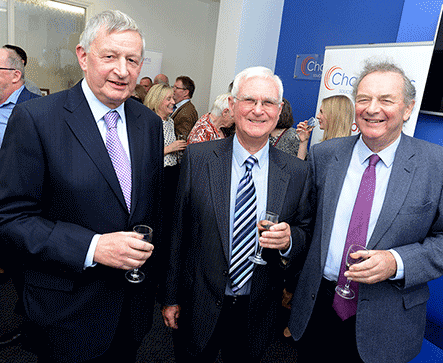 If you need any legal or wealth management advice either now or at some point in the future, please do get in touch. 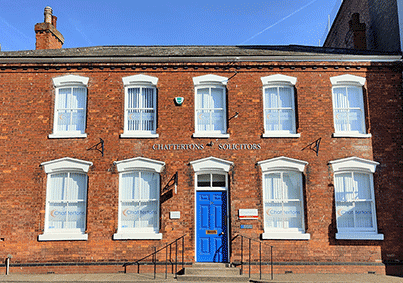